Thousands descended into Anaheim for the annual NAMM convention. This convention showcases all of the new and exciting gear that manufacturers are excited to debut, and gear heads like myself, are even more excited to check out. I found myself making daily wish lists of gear that I had to have, and that list is constantly changing – even weeks after the show has ended.

One of the first booths that I checked out was Earthquaker Devices. Their pedals are gaining popularity with an assortment of musicians and it’s one of those booths that remains crowded from the start of the show on Thursday till the shows end on Sunday. The two new pedals that were debuted were the Space Spiral delay and the Transmisser reverb pedal. Both of these pedals offer a variety of unique and functional sounds that will have the user spending hours with each exploring their tonal options.

Gibson’s booth is always a treat and this year was no exception. Their True Historic guitars are fantastic and the first thing that I check out are the Custom Shop models. A standout at their booth was a Custom Shop Les Paul Jr. that was so meticulously built, you would’ve thought that this was the actual guitar from the late fifties. Another highlight was the joint collaboration between Johnny A and Joe Bonamassa on a new Johnny A model. This model, didn’t have the f-holes associated with his previous models and is much lighter. This is one of those guitars that can do it all and won’t take a toll on your back after hours of gigging.

The Ernie Ball/Music Man booth was very eventful as St. Vincent discussed her signature model guitar and three new finishes were introduced for this popular model which debuted at NAMM 2016. Owner, Sterling Ball, mentioned that this guitar is one of the more popular selling models for their brand and that there has been discussion of possibly developing a short scale bass with St. Vincent. That will be something to look forward to at next year’s show.

Gretsch consistently has amazing guitars, but this year they unveiled the “Salute” Jet, which is a Malcolm Young signature model made by the Gretsch USA Custom Shop. This was my favorite guitar at the show and a fitting tribute to such a famous Gretsch musician. Another model making it’s debut from the Custom Shop is the Tom Petersson 12 string bass. This instrument has long been associated with Tom and it was great to see him honored with this bass.

There was a great deal of buzz around the Supro booth now that they’ve added a few awesome looking guitars to their already successful line of amps. These guitars will be popular with both vintage enthusiasts and garage rockers looking to have a unique, cool sounding guitar slung across their body.

Martin makes some unbelievable guitars, and as a Martin owner, I can say that their sound and build quality are second to none. This year, my two favorite guitars that they unveiled were signature models for Dwight Yoakam and John Prine. Each of these artists are giants in country music and these guitars reflect their stature. Dwight’s DD-28 had the best inlays that I’ve seen on a guitar. The pair of deuces inlaid on the fretboard is a great touch for this guitar.

NAMM 2017 is in the books and I’m looking forward to how these companies will try to outdo themselves at next year’s show. 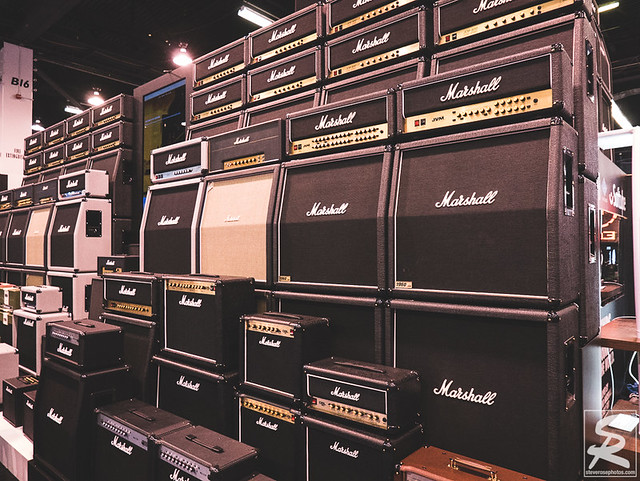