Joe Bonamassa put on a dynamic performance at the Dolby Theatre in Hollywood. Bonamassa, who posses Jedi-like skills on the fretboard, played material off his latest album, Blues of Desperation, and material from last year’s Three Kings tribute. Bonamassa, backed by a fantastic group of musicians consisting of: Anton Fig on drums, Reese Wynans on keys, Michael Rhodes on bass, and a three piece horn section, were dialed in all night and played off each other very well. Known for his extensive collection of historic Gibson and Fender guitars, Joe played a number of drool worthy axes throughout his sixteen song set. Some highlights of this well crafted set were “Mountain Climbing,” “Never Make Your Move Too Soon,” and “Going Down.”

It was great to see Joe Bonamassa once more before his touring schedule wraps up for the year, and there’s no doubt that he’ll get the blues machine primed and ready to tour in 2017. Don’t miss the opportunity to see this phenomenal performer when he’s in your town. 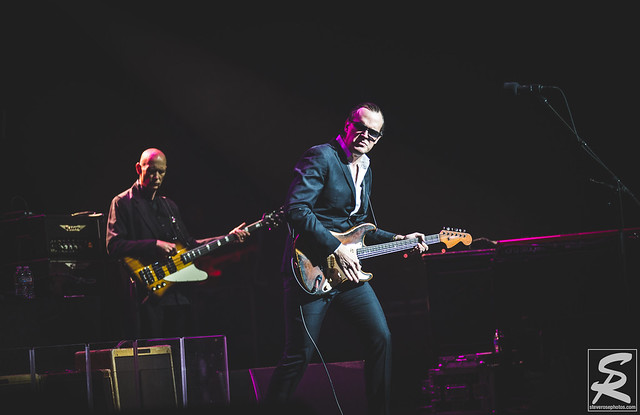