The Novo Theater in downtown Los Angeles was the place to be Friday evening for a great night of metal with Unearth, Exodus, and Killswitch Engage. With these three acts on the bill, this show was guaranteed to deliver and they went above and beyond with their performance.

Unearth kicked things off with a great set that included “The Great Dividers,” “My Will be Done,” and my favorite from their set, “Giles.” This song had one of the biggest circle pits of the night and was definitely one of their standout performances. This Massachusetts based band was a great selection to kick off the show and fire up the crowd. Guitarists, Buz McGrath and Ken Susi, were phenomenal all night as they made great use of all 7 strings on their signature LTD guitars.

Exodus was the next band up and these bay area vets wasted no time in unleashing their brand of brutal thrash. Gary Holt and Lee Altus were masterful on their ESP guitars as they sawed through their picks playing their signature high-octane riffs during their eight song set. Notables during their show were “Blood in Blood Out,” “Bonded by Blood,” and the closing song, “Strike of the Beast.” Steve Zetro Souza did a fantastic job all night singing these songs and getting the crowd going. He sent a shoutout to his fellow “satanic hispanics” in the crowd before inviting Dino Cazares of Fear Factory and Brujeria to take the stage so the band could wish him a happy 50th birthday.

Before the crowd had a chance to catch their breath after Exodus’ crushing set, Killswitch Engage energetically took the stage and put on a great headlining set. The band played a diverse selection of songs ranging from songs off their current album, Incarnate, to earlier releases like “My Last Serenade” from their 2002 release, Alive or Just Breathing. Joel Stroetzel and Adam Dutkiewicz were a dynamic pair all night. Their high energy level of guitar playing was inspiring and great to see live. Their Caparison guitars sounded great and they were able to dial in some awesome tones through their rigs. Vocalist, Jesse Leach, drummer,       Justin Foley, and bassist, Mike D’Antonio also put on noteworthy performances. 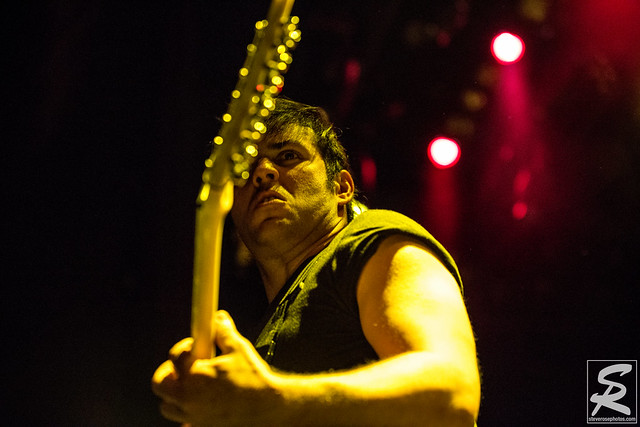 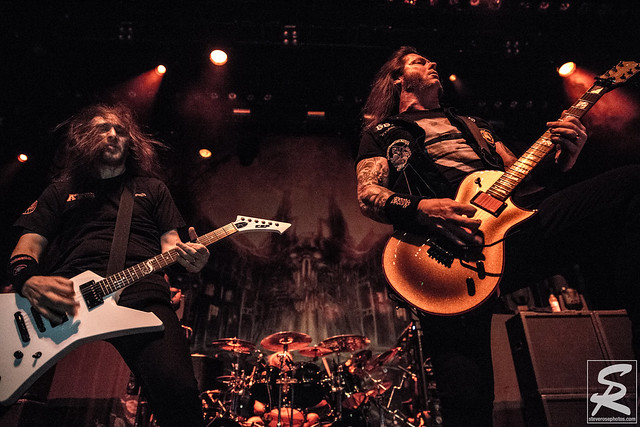 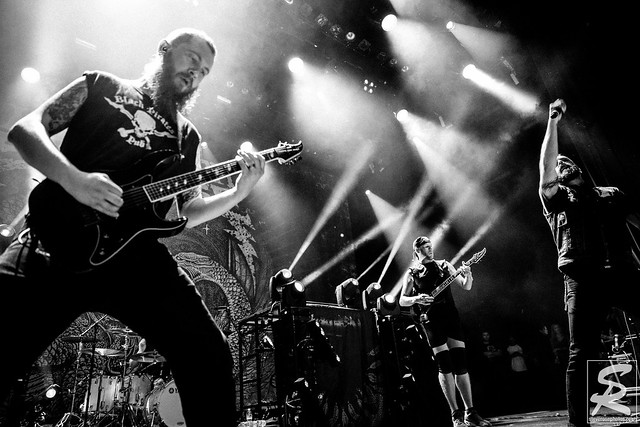