Santana & Journey were Timeless at The Forum

On Sunday night, thousands of L.A. concertgoers were treated to a rare double billing of two rock titans: Santana and Journey. On any other night, each of these bands are headliners, but for this special night, they shared the stage and churned out hit after hit for nearly a combined four hours.

Carlos Santana and his band took the stage first and didn’t waste any time getting the crowd going. His signature brand of Latin-infused rock and blues had the crowd dancing from the front row to the last seat in the house. Playing fan favorites like “Maria Maria,” “Smooth,” and “Oye Como Va” really got the band going and it was evident that they were enjoying themselves as much as the audience. One special moment during Santana’s set was when Neal Schon came out and joined the band in playing “No One to Depend On.” The genuine happiness could be seen on the faces of Carlos and Neal as they traded licks on this classic song. Toward the end of the set, Carlos enlisted the help of a little boy to help him strum a few notes on his signature PRS guitar before ending the night with “Love, Peace and Happiness.”

Shortly after 9pm, the house lights went dark at the “Fabulous” Forum and Journey started their show. For two hours, they played one memorable song after another while the sold out crowd eagerly sang along. Singer, Arnel Pineda, was dynamic all evening as he worked every part of the stage, connected with the fans, and was vocally impressive. Seeing Neal Schon dazzle with his fretboard fireworks was a highlight for me as a guitar player. His performance during “Lights” on a vintage Strat was notable, especially as nearly 20,00 fans lit up the venue with their phones. Other standouts from the night included “Open Arms,” “Don’t Stop Believin’,” and “Lovin’, Touchin’, Squeezin,’” which was their closing song.

Both Journey and Santana have an extensive list of notable, chart topping songs that have been the soundtrack to the lives of so many. This night was a celebration of music, their fans, and to the longevity of these two historic acts. These two bands will share the bill once more during Labor Day weekend in San Francisco along with Steve Miller and the Doobie Brothers. If you’re in the area, this is definitely a show you will not want to miss. 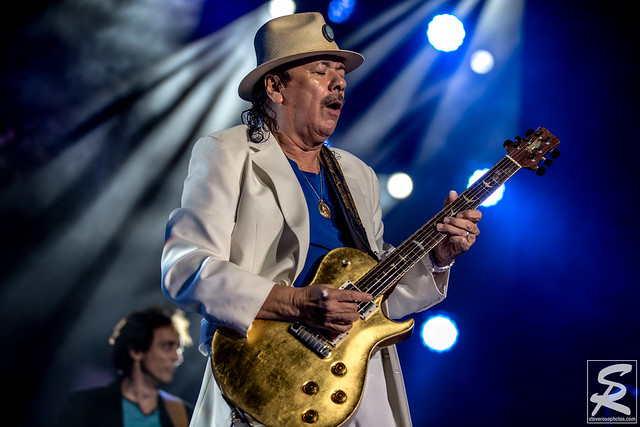 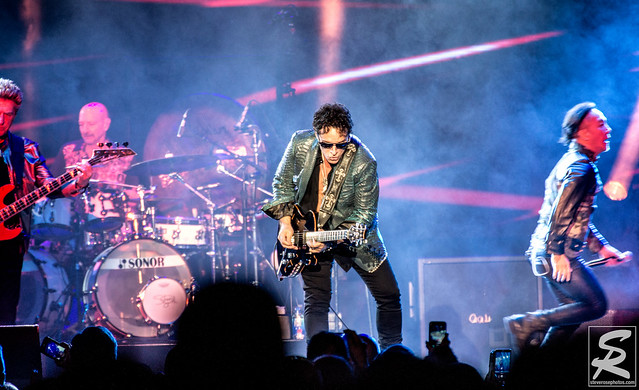 2 thoughts on “Santana & Journey were Timeless at The Forum”