Scorpions and Queensryche are a Winning Pair in Vegas

Scorpions and Queensryche wrapped up their penultimate show at The Joint at the Hard Rock Hotel in Las Vegas. This residency, dubbed “Blacked Out in Vegas,” consisted of a five night run at this fantastic venue. The crowd was energetic and excited from the moment that Queensryche took that stage and that emotion carried over until the Scorpions played their last note of the night. These two bands have been touring together since last Fall and compliment each other nicely. They both have die hard fans that live and breathe on each note played or lyric sung.

Queensryche put on a fantastic eight song set that was filled with fan favorites like “Operation: Mindcrime,” “Jet City Woman,” and “Queen of the Reich.” Michael “Whip” Wilton’s playing was fiery and inspiring as he tilted his body back to go with the notes being bent on that familiar skull painted ESP guitar. The other members of the band were all dialed in, while singer, Todd La Torre was spot on vocally and did a great job interacting with the fans.

Following a short break, the kabuki curtain with the Scorpions Return to Forever artwork on it, dropped to the ground, and the band emerged from the fog and kicked off their eighteen song set with “Going Out With a Bang.” Throughout the night, the band played a mixture of current songs and the legendary ones that they are known for. “The Zoo” is always a good one and the band played it early in the set. This song features Matthias Jabs on the talk box and handling the lead duties on his black explorer style guitar. Rudolf Schenker and bassist, Pawel Maciwoda, patrolled the stage and played to everyone in the front row, at times pointing and smiling at selected fans who were yelling to get noticed. For a band entering it’s 51st year, they show no signs of age or slowing down. Klaus Meine still has that legendary and recognizable voice and showed his appreciation to the fans by throwing out handfuls of drumsticks to as many as he could in between musical breaks.

Both bands put on great, hard rockin’ sets and it’s obvious they each love playing these great songs to their adoring fans. These two bands only have a couple of dates left together, but both have extensive touring plans throughout the year. 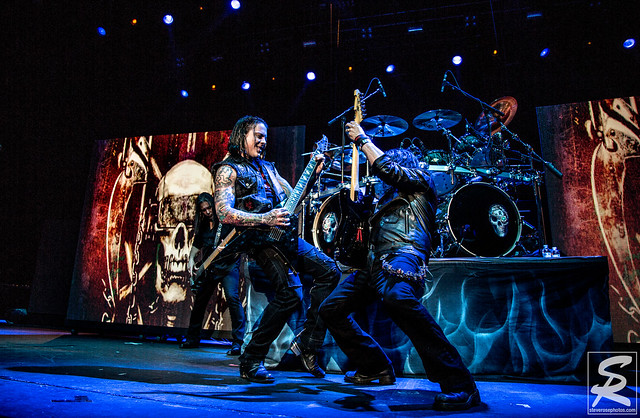 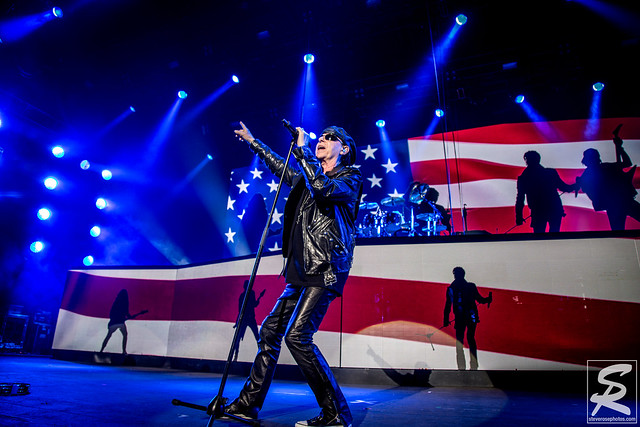